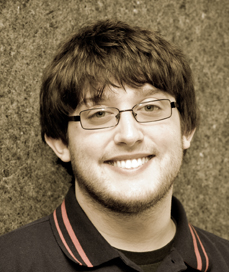 Why computer engineering at Penn?

I was admitted to Penn as a Computer Science student. That first semester, I was taking the introductory programming and logic courses. As I worked to program and understand the workings of computers, I felt that something was missing: how did the machine I was using actually work?

Computer Engineering offers the opportunity for CS-minded students to get a real understanding for how exactly computers…well, compute. That really appealed to me, and I switched in to the program before my second semester.

What would you say is your favorite computer engineering class?

I think the most representative class in computer engineering is Andre DeHon’s Circuit-level Modeling and Design class (ESE 370). In this class, students learn how to design and analyze circuits from the transistor level — exactly what I was hoping to get into when I switched into the computer engineering program.

I like that we get to take both these “under the hood” style classes along with large-scale design classes, like Operating Systems (CIS 380) and Internet and Web Systems (CIS 455/555).

How would you describe the computer engineering program to friends or family who aren’t familiar with it?

What do you think it takes to be a “successful” computer engineer?

A successful computer engineer is hardworking, creative, and curious. If you’ve got those three traits, you’ll be more than fine.

What internships have you done? (Or for seniors, what are you doing next year?)

I’ve spent two years doing research in Dr. Daniel Lee’s lab, studying locomotion in humanoid robots. Part of that research included going to the international RoboCup competition, first in Istanbul, Turkey, and next in Mexico City, Mexico. Last year, I worked at the Hospital of the University of Pennsylvania on a tracking application for the department of Cardiovascular Surgery. This upcoming summer, I’m going to Madison, Wisconsin to work for Epic Systems, a company that builds software solutions for large-scale hospitals.

What other activities do you participate in at Penn?

Other than RoboCup, which I participated in through my Sophomore Year, I’ve served on the executive boards for both our Tau Beta Pi chapter and the Rachleff Scholars program. Now I spend much of my extracurricular time working with the Architechs, the computer engineering club at Penn, to increase the hardware hacking culture at the University. We were responsible for the hardware hackathon, PennHacks, for two consecutive semesters, until we merged efforts with PennApps. Now we put on the hardware track during the PennApps competition.